The Story: So Far

The Story, as I have begun to call it, has taken over my life a little too much. I can’t stop writing it, but I have to take a break for two reasons.

The first reason is money. I have both the desire and the need to go back to work full-time. I have neglected my finances until I am at a point where, to be blunt, it is work again or welfare. I’m not a fan of either, but I can work and I was raised to treat welfare as being ‘for someone else’. There are those who need it now and the day may come when I actually need it. But, not me, not now.

The other reason for the break is even more emotionally laden. We had a death in the family this morning–my former mother-in-law. I am divorced for several years now. But she and the rest are still family and deserve to be treated as such. Family is more than a set of obligations. Friends just aren’t enough when it comes to death. 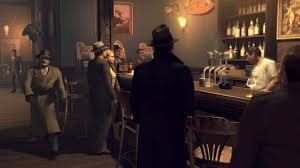 This fictional story, modeled as closely as I can on historical research, has become my daily reason to write. At this time, it has grown to just under 20K words. I have grown my character from ten years old to twenty in the space of those few words and few months. He is slowly going to the dark side, one logical step at a time. It’s uncanny how his story had led me into an investigation of “death” as a subject for the story. I seems to have been also in preparation for this death in my flesh-and-blood family. If the outline holds true, he will die before he reaches his 35th birthday, which in writing time, will probably be before Thanksgiving this year.

Between the intensity and narrowness of my writing focus, and the death in the family, I have nothing much else to write about. Rather than fuss about that, however, I decided to include a larger snippet from the manuscript for the rest of this blog.

So, here it is. A longer excerpt of The Story:

229. I was told I was a genius at keeping the accounts paying without the need for violence. Nobody had a velvet grip like mine, they said. It seemed simple to me. We all wanted to make money. Sometimes the other Bagman forgot that the goal was money, not obedience.

The Hard Way
230. I wasn’t always successful with my persuasion. The time came when talk was not enough and there was no way to avoid the violence that alcohol and greed create. My velvet grip sometimes had to pull the trigger. I didn’t work alone. At least one man went into any bar or restaurant or store with me when I went to collect. I found out that three was a better number to walk in with. If the place was behind a month I didn’t walk in without at least two good-sized men for back up, and if I could get one, one little guy, who could keep lookout and move faster than us. If he could accurately throw a knife that was even better.
231. One bar in particular, right on the edge of my old neighborhood got behind in their payments and didn’t seem to be feeling guilty about it. They were new customers, and were having money troubles. He was Sicilian and close enough to the Genna Brothers in Little Hell that he figured he could play us against each other. The Genna Brothers were a rival to us, no friends of ours for sure, but they didn’t like being played. We gave them a courtesy call: they had no agreement with the barman. It was clear the barman was wasting everybody’s time in hopes of saving some money. They said do what you need to do. We don’t need no customers like that.
232. I made my call the next day with two of my men. It was a Saturday afternoon, just before the bar was about to open. The building itself was one story, brick with a single door in the front. The windows that faced the street were the glass block kind. The sign over the door claimed it was a commercial laundry.
233. A “Closed” sign hung on string on the inside of the front door. It was unlocked so we went in. Inside, a little man sat on a high stool behind a worn wooden counter, fidgeting with a ledger and a pencil. Opposite the counter, three straight-backed wooden chairs were lined up against a smudged wall. Behind the counter was a door with a frosted glass window that said “Office” in block letters. The door was open just a crack. Another door, opposite the one we came in, was shut tight, no window and no knob on this side. The black-and-white linoleum floor was cracked and needed sweeping. There was a track in the dirt that led from the front door to the closed door.
234. I asked the man behind the counter if the Boss was in. He almost fell off the stool in his hurry to slam shut the door behind him. We heard swearing inside the office, asking what the hell was going on. I told the little man to ask his boss if we could talk to him in private. The little guy was just over half my size, wiry and fierce. He told us to get the hell out of his place, that the Boss was not available and that they didn’t do business with us anymore. The longer he talked the tighter wound he got. I held my hands up in front of my chest and said I just wanted to talk to the Boss.
235. The little guy blew a gasket at that. He reached under the counter and I hear a click. Before I could move one of my guys but a bullet in the little guy’s right shoulder. A gun went off under the counter, splintering the wood. At the same time, the office door got yanked open. The Boss stood there with a tommy gun pointed at us. Before he could pull the trigger, my other backup man hit the tommy gun with a bullet and the Boss dropped it. A second shot hit him in the forehead and he fell over backward without a word.
236. The little guy came at me screaming, holding his shoulder with one hand, a knife in the other hand. I side-stepped and clotheslined him, lifting him off his feet. My first backup grabbed the knife and slugged him, knocking him silly for a minute. I laid him down on the chairs and we waited for him to come around. In less than a minute, he was half out of the chair, ready to come at me barehanded, but both my men clicked another round into the chamber, and he stood still.
237. I told him he should probably sit down for a minute and think about what just happened before he decided what to do next. He sat. Then he began to shake his head side to side, slow at first, then faster. Then he began to shake all over and sob. That was my son, he said. He was my son! I loaned him the money to start this place. I told him I’d man the front desk for him til he got going. I didn’t try to answer him.
238. As we stood there, a man pushed the door open and asked if we were open yet. I told him no. He saw the blood on the little man’s shoulder and asked what was going on. I looked at him hard and told him to scram. One of my men flashed his gun and the guy went pale and apologized. He shut the door real careful and then ran like hell. Sometimes there was nothing else you could do.
239. That night we had supper at the Marine Room of the Edgewater. It was our three year anniversary. I didn’t tell Helen what happened. I was still thinking about it myself. In the end there was nothing different I could have done. The account was closed. The problem was settled.

I know. Not fair to stop. And yes, I have more. But as one of my favorite performers says, “…til next time!” I will continue to write, more slowly. And I will keep you posted. Until then, keep writing.